My Rosary and Brown Scapular Miracle 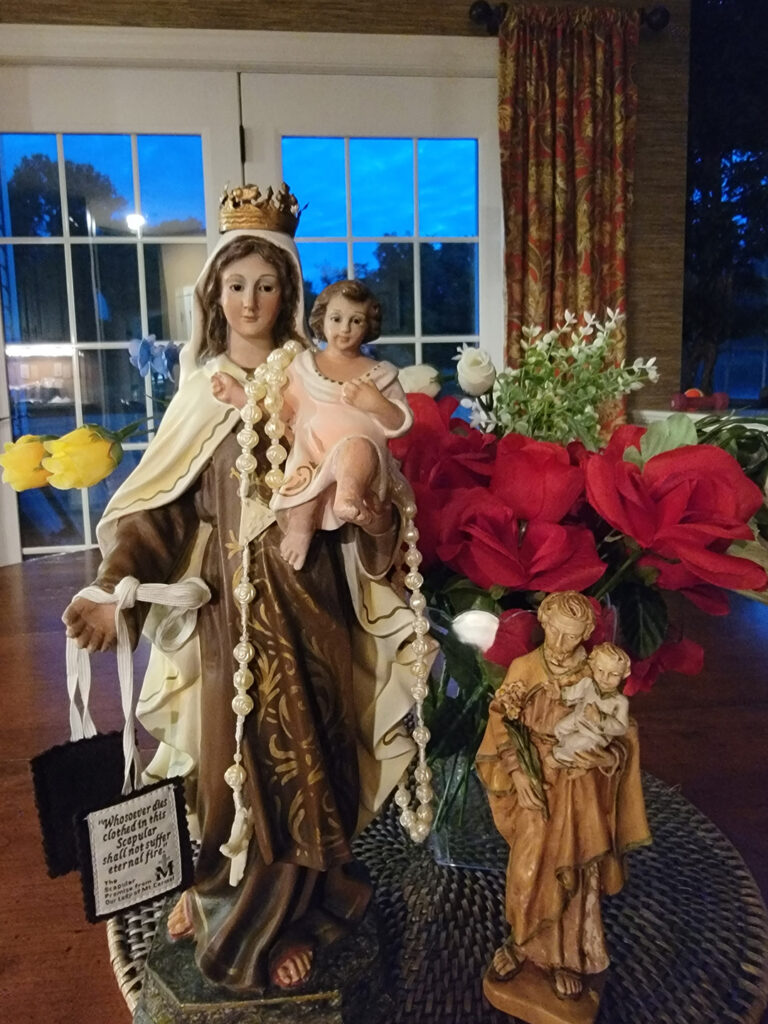 What You May Not Have Known

Some of you might know that in addition to spreading the devotion of the Rosary Prayer and the Brown Scapular, I’m an Esthetician and own a skin care salon in Rockaway, NJ. This miracle happened on the vigil of St. John of the Cross on December 13, 2012.

The building that my salon is in has two store fronts (one being mine), two apartments on top of my salon, and one in the back. The buildings in Rockaway are very old and some are considered historic. In those days, they built the buildings very close together or attached to one another. At about 1:00 pm I heard screaming from the person next door and I heard the police officer telling everyone to vacate the building. I was very stunned and confused because I did not see anything happening. All of a sudden, I saw smoke in the sky so I knew it had to be a fire. I quickly grabbed my purse and ran outside across the street. The building that caught on fire was attached to the building that my salon is in.

The flames were very fierce and I remember the wind was blowing so rapidly that it caught fire to the apartments that were on top of my salon. All that keep running through my head was that my salon is going to be fine because of the faith I had in the intercession of the Blessed Mother. Also, I had so many blessed articles in my salon such as the Holy Rosary and the Brown Scapular. The fire lasted about three to four hours (until it was dusk) before it was finally extinguished.

The building that the fire started in was completely destroyed. Two apartments above me were destroyed by the fire. The storefront that was attached to mine was destroyed by the fire. The apartment in the back was completely burned to the ground. I remember going into my salon with the fireman knowing that there was not going to be any fire damage. Well, I was right. All that I saw was smoke damage. The fire did not touch the outside or the inside of my salon at all! My landlord was astonished because all that separates the apartments and my salon is sheetrock.

The Blessed Mother (as always) is protecting her children that are faithfully praying her Holy Rosary daily and wearing Her Garment of Grace, The Brown Scapular. Let the pictures below be your confirmation!

Let’s heed to her call and pray the Holy Rosary daily and wear The Brown Scapular. It’s time we start listening to our Heavenly Mother.

I have also shared a short YouTube video about this miracle. You can see it here. You can also see my other blog posts here. 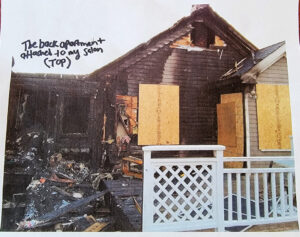