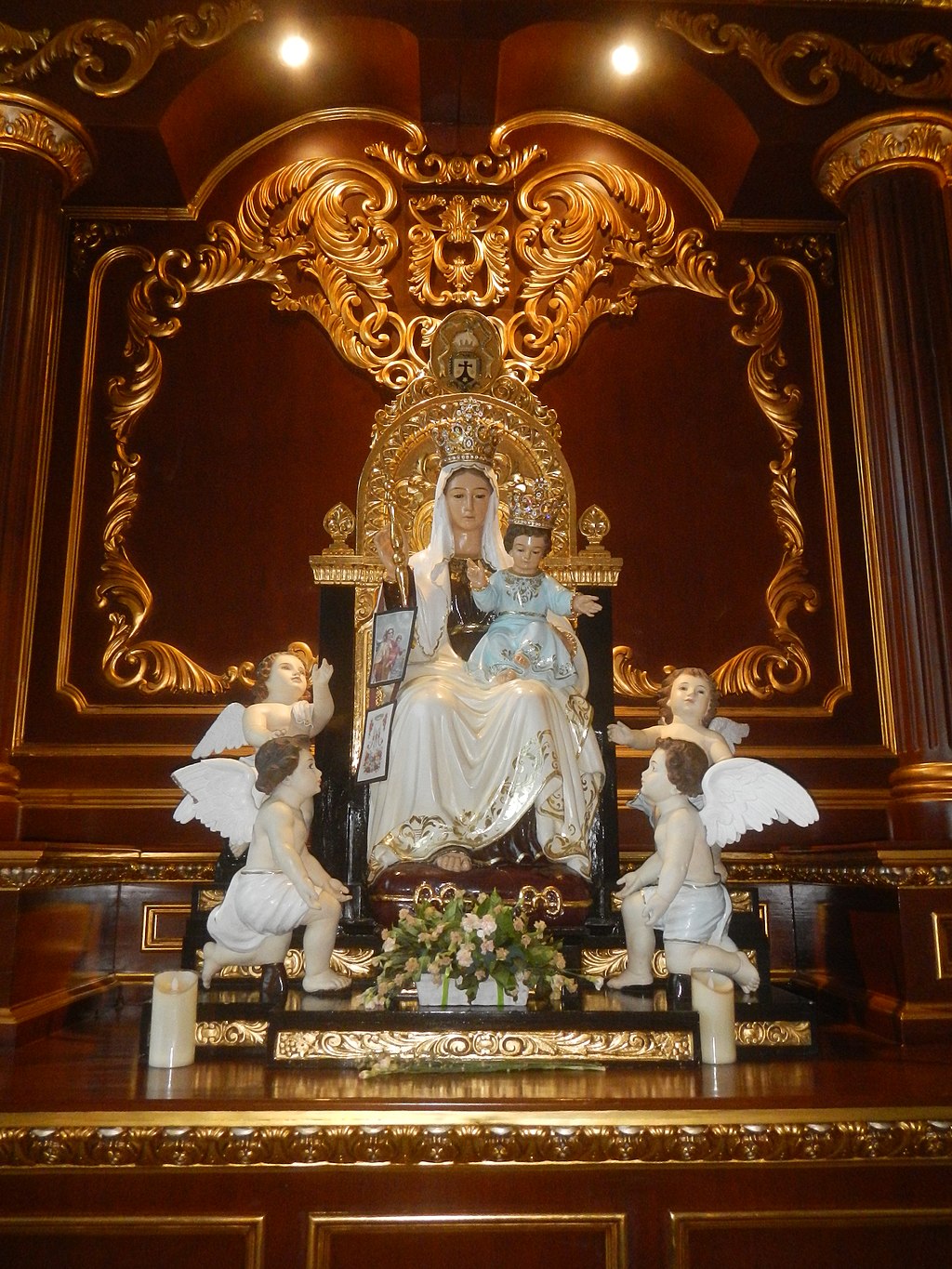 First Mystery – The Resurrection of Our Lord

“But on the first day of the week, at early dawn, they went to the tomb, taking the spices which they had prepared. And they found the stone rolled away from the tomb, but when they went in they did not find the body. While they were perplexed about this, behold, two men stood by them in dazzling apparel; and as they were frightened and bowed their faces to the ground the men said the them, ‘Why do you seek the living among the dead? He is not here, but has risen’”.

Second Mystery – The Accension of Our Lord

“So then the Lord Jesus, after he had spoken to them, was taken up into heaven, and sat down at the right hand of God”.

“This final state stays closely linked to the first, that is, to his descent from heaven in the Incarnation. Only the one who ‘came from the Father’ can return to the Father: Christ Jesus” (CCC, 661).

Third Mystery – The Descent of the Holy Spirit

“When the day of Pentecost had come, they were all together in one place. And suddenly a sound came from heaven like the rush of a mighty wind, and it filled all the house where they were sitting. And there appeared to them tongues as of fire, distributed and resting on each one of them. And they were all filled with the Holy Spirit and began to speak in other tongues, as the Spirit gave them utterance”.

“‘Holy Spirit’ is the proper name of the one whom we adore and glorify with the Father and the Son. The Church has received this name from the Lord and professes it in the Baptism of her new children” (CCC, 691).

Fourth Mystery – The Assumption of Mary into Heaven

“Henceforth all generations will call me blessed; for he who is mighty has done great things for me”.

“The Most Blessed Virgin Mary, when the course of her earthly life was completed, was taken up body and soul into the glory of heaven, where she already shares in the glory of her Son’s Resurrections anticipating the resurrection of all members of his Body” (CCC, 974).

“And a great portent appeared in heaven, a woman clothed with the sun, with the moon under her feet, and on her head a crown of twelve stars”.

“Finally the Immaculate Virgin, preserved free from all stain of original sin, where the course of her earthly life was finished, was taken up body and soul into heavenly glory, and exalted by the Lord as Queen over all things, so that she might be the more fully conformed to her Son, the Lord of lords and conqueror of sin and death” (CCC, 966).

See all of my Nine Day Novena posts here.