The Crowning with Thorns, The Carrying of the Cross and The Crucifixion Mysteries (Day 8) 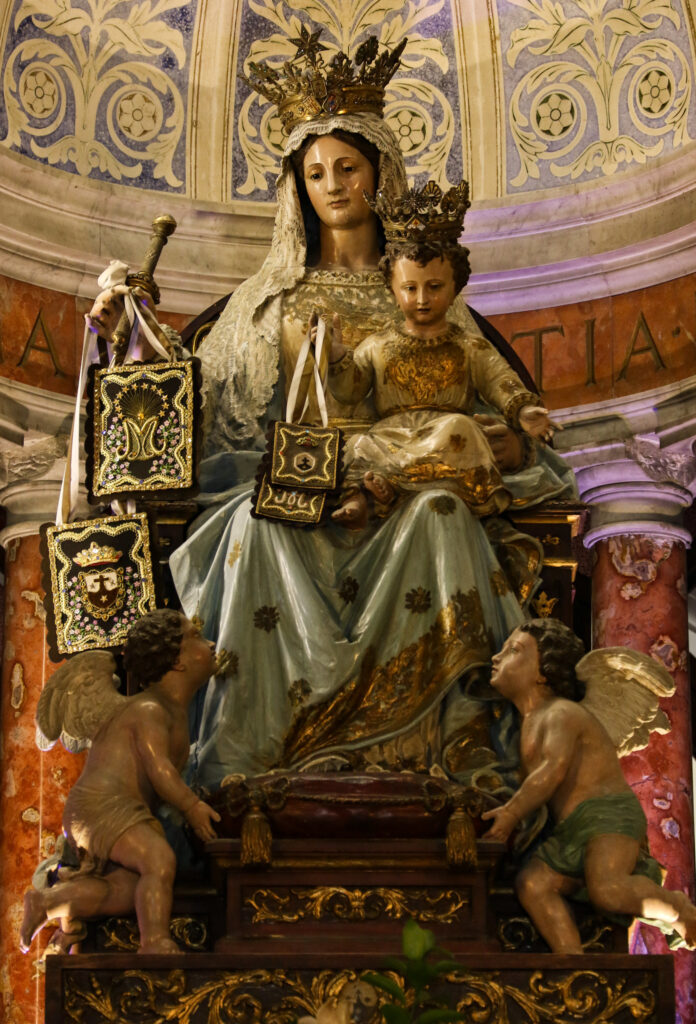 In my latest YouTube video – “The Crowning with Thorns, The Carrying of the Cross and The Crucifixion Mysteries” I am praying the Rosary and Nine Day Novena to Our Lady of Mt. Carmel (Day 8). St. Pope John Paul II explains the events of these mysteries from his book, “The Rosary of Pope John Paul II: The 20 Mysteries”.

Third Mystery – Our Lord is Crowned with Thorns

“Then the soldiers of the governor took Jesus into the praetorium, and the they gathered the whole battalion before him. And they stripped him and put a scarlet robe upon him, and plaiting a crown of thorns they put it on his head, and put a reed in his right hand. And kneeling before him they mocked him, saying, ‘Hail, Kind of the Jews!”.

“It is love ‘to the end’ (Jn 13:1) that confers on Christ’s sacrifice its value as redemption and reparation, as atonement and satisfaction. He knew and loved us all when he offered his life” (CCC, 616).

Fourth Mystery – Our Lord Carries the Cross to Calvary

“And they compelled a passer-by, Sion of Cyrene, who was coming in from the country, the father of Alexander and Rufus, to carry his cross. And they brought him to the place called Golgotha (which means the place of a skull)”.

Fifth Mystery – The Crucifixion of Our Lord

“And when they came to the place which is called The Skull, there they crucified him, and the criminals, one on the right and one on the left. And Jesus said, ‘Father, forgive them; for they know not what they do’… It was now about the sixth hour, and there was darkness over the whole land until the ninth hour, while the sun’s light failed; and the curtain of the temple was torn in two. Then Jesus, crying with a loud voice, said, ‘Father, into thy hands I commit my spirit!’ And having said this he breathed his last”.

See all of my Nine Day Novena posts here.